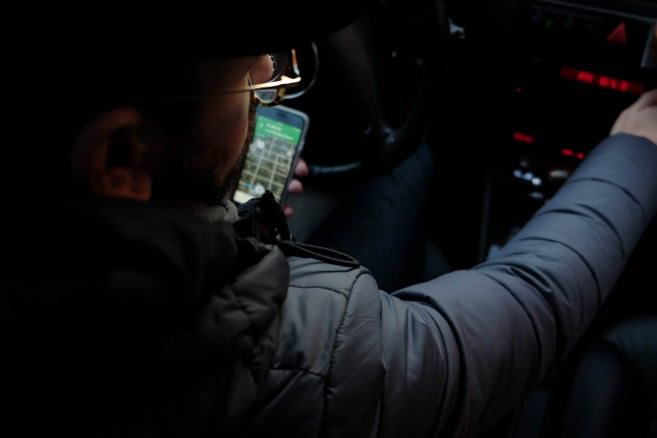 For many people charged with DUI, it’s extremely puzzling how the government can go forward on a DUI case with “no evidence.” Underlying this question is the assumption that a blood or breath test is required to prosecute a DUI charge. However, this is not the case.

A DUI charge often involves a lot of different types of evidence. While we commonly hear about breath and blood tests in connection with DUI arrests, we are often less aware of the evidence collected during the roadside investigation.

Field sobriety evaluations are a crucial part of the investigation. But there are even more subtle stages that can support the officer’s conclusion that a driver is under the influence. These stages include the vehicle in motion, approaching the vehicle, and how the driver exits the car.

Most drivers do not realize police officers collect evidence of impairment from the very first moment they observe the vehicle. Even if the initial traffic violation is mild, the officer is on alert and begins his investigation before pulling the car over.

For example, they monitor how long it takes the driver to respond to the emergency lights. Does the driver respond immediately, or does it take an inordinate amount of time for the driver to pull over?

Once the driver pulls over, the next stage of the investigation begins. As the officer approaches the vehicle, he looks to see if the vehicle is in park or if the driver absent-mindedly left the car in drive. Occasionally a nervous driver will inadvertently put the vehicle in reverse instead of park.

Additionally, if the driver prematurely opens the door as the officer approaches, this can be considered a sign of poor judgment and possibly impairment.

After approaching the vehicle, the officer pays attention to how a driver produces his license. Does the driver fumble with the plastic sleeve in his wallet, or has the driver misplaced his license? Occasionally the driver will hand over the wrong card — such as an ATM card — instead of the license. This mixup is also something the officer might note.

During this stage, the officer is also on the lookout for any noticeable masking odors such as perfume, gum, or a recently lit cigarette. When present, the officer may conclude that it is an attempt to cover the smell of alcohol or marijuana.

The next stage of the investigation starts when the officer asks the driver to step out of the vehicle. Officers closely monitor how drivers exit for any signs of impairment. Does the driver have trouble getting out of the car? Do they hold on to the vehicle for support? Does he stumble? These types of occurrences count against the driver.

After the driver exits the car, the officer asks them to walk to the rear of the vehicle. During this time, the officer closely watches to see if the driver lays his hand on the car for support. This action suggests that the driver is having difficulty balancing — another sign of impairment.

Next, the officer positions the driver in front of the camera located on the patrol car. They watch to see if the driver has trouble following instructions as to where to stand. And since most drivers are uncomfortable standing near fast-moving traffic, it is not uncommon for a driver to mishear or misunderstand where the officer is directing him to stand. As a result, any confusion as to the officer’s instructions is often attributed to impairment.

In addition to looking for any of these behavioral signs of impairment, officers also use specific questioning tactics. One method includes frequently asking the same questions multiple times. Although it may seem as if the officer is incredibly forgetful, this is a very strategic and well-used investigative technique. Often drivers will give different answers – suggesting either a misrepresentation of the facts or impairment of mental faculties.

Another favorite method is asking the driver to state his location. Although this may seem like a relatively easy task for a sober driver, they are often escorting other people home, and they may be in an unfamiliar area. With the ubiquitousness of GPS navigation systems, this is not uncommon. And if a driver is unable to specify the exact location of the stop it is almost always attributed to impairment.

Along with questions regarding location, an officer asks the driver if he can accurately estimate what time it is without looking at a watch. Officers use this technique to evaluate the driver’s time and place orientation. Again, being unable to answer these questions correctly is considered a sign of impairment to the officer.

In short, while a blood or breath test is very compelling evidence in a DUI case, it is far from the only evidence. Balance, demeanor, speech, driving performance, and other unusual behaviors are just as compelling and routinely used in DUI prosecutions.