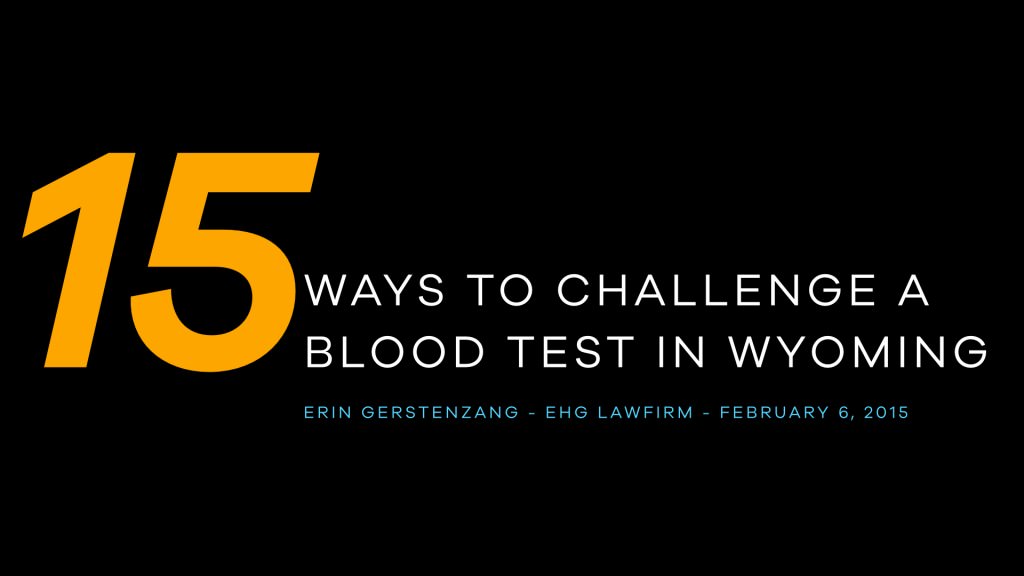 I was honored to speak for the Office of the State Public Defender in Casper, Wyoming last week (February 6, 2015). One of the topics I spoke about was blood testing in DUI (DWUI) cases. Below is an excerpt of that talk. 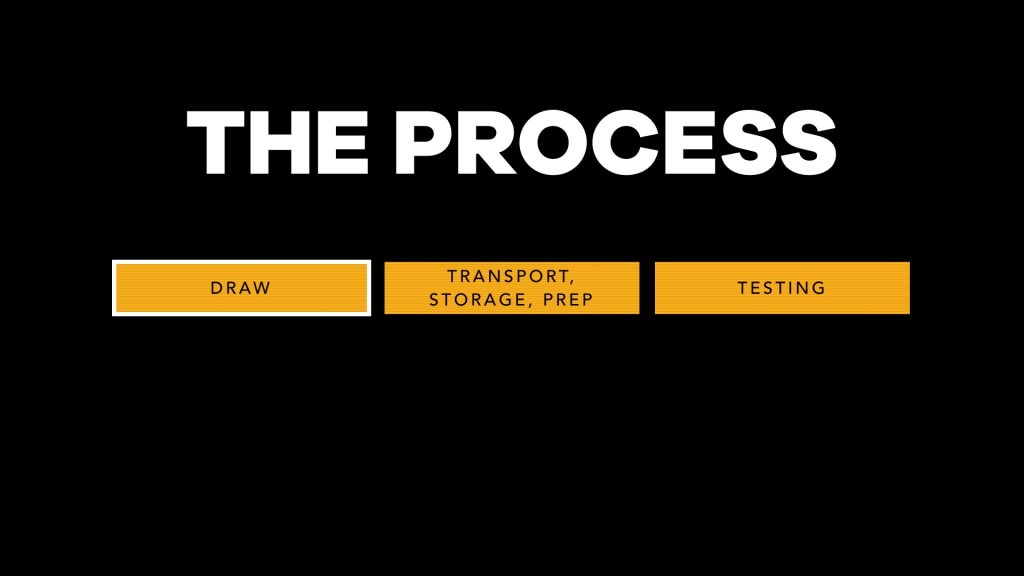 The blood testing process can be broken down into three critical stages: the blood draw, the storage and transportation of the sample, and the testing at the lab.

One of the most important things to look for is whether an iodine swab or isopropyl swab was used during the blood draw. The forensic blood test kits that most police agencies use include an alcohol-free swab. However, periodically the nurse, or hospital employee will inadvertently use a hospital (alcohol-based) swab instead.

It is imperative that the puncture site is carefully cleaned to avoid the introduction of candida albicans, which is a yeast that lives on human skin and creates ethanol (alcohol) as a waste product.

This is the same type of yeast that is problematic for those suffering from the rare auto-brewery syndrome.  Those afflicted with this syndrome have an excess amount of yeast in their intestines.  When the person consumes starchy foods, or foods high in carbohydrates, the yeast ferment – creating ethyl alcohol.  This can lead to BAC results that have been documented as as high as .37 in the absence of any alcohol being consumed from an outside source.

Although the blood kit comes with it’s own needle, often medical professionals have a preference for the needles they normally use at the hospital, often they prefer a butterfly needle.

Using a butterfly needle may cause unnecessary breakage of the red blood cells.  Although  this won’t have an effect on a whole blood test, it could affect the results of a hospital blood test.

The gray-stop tube is the only acceptable tube for this type of forensic blood draw.  This is because it contains the two necessary compounds, a preservative and an anti-coagulant.

The preservative does not directly affect the yeast, but rather it cuts off its food supply.  Yeast only creates alcohol if it has sugar (glucose) to consume.  In the absence of a preservative, the blood will break down into glucose, thus feeding the yeast.  The preservative is designed to stop the blood from decomposing, thus starving any yeast that may have been introduced into the blood sample.

In order to ensure that these tubes are sterile, they are bombarded with radiation by the manufacturer.  The gray-stop tubes are vacuum-sealed.  But be sure to check the expiration date of the gray-stop tube.  Although the powders (preservative and anticoagulant) will not expire, the vacuum will expire.  If the vacuum seal is compromised, there is the possibility of yeast contaminating the tube.

The powders must be mixed homogeneously throughout the sample.  The manufacturer provides very specific instructions regarding the proper mixing of the blood sample.  The tubes must be inverted gently 5-8 times (depending on the brand).  Otherwise the powder will clump at the bottom of the tube where it will be ineffective at preventing the blood from turning into glucose or from clotting.

Our blood is made up of many different parts.  In order to measure any different substance in the blood (in our case, alcohol) we first have to separate the alcohol parts (ethanol molecules) from the other parts of our blood.

This is a chromatogram, which is a graphical representation of the BAC results.  A good chromatogram will have tall, skinny and symmetrical peaks.  You can see that there is good separation on the graph because the two peaks have no overlap.

When the molecules do not properly separate in the headspace column, then we have bad separation, which means the flame ionization detector’s measurement may be the result of two different types of molecules coming out at the same time.

Here you can see  where the blue molecules did not properly separate from the green molecules.  When they hit the flame ionization detector the results of both molecules may be improperly attributed — artificially inflating the ethanol result.

Here you can see what co-elution looks like on the chromatogram.  You can see that the acetone is combining with the ethanol.  Since the BAC is calculated by measuring the area under the peak, where the peaks overlap, this number may be reported as higher than the true number.  This is particularly a problem if you client is a diabetic.  Depending on the individual, a diabetic may naturally have acetone in his blood.