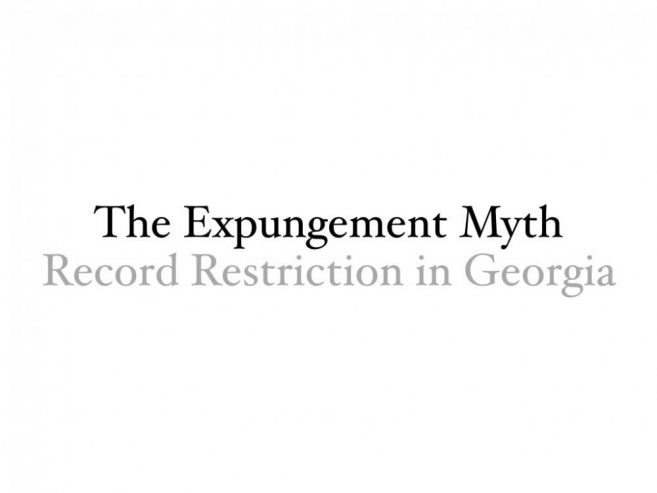 Lawyers are asked about expungements all the time. This is likely because there is a common misunderstanding about how criminal records work. Many people believe that there is an easy way to erase a criminal history. In almost all cases, this is false and has been false for quite some time. 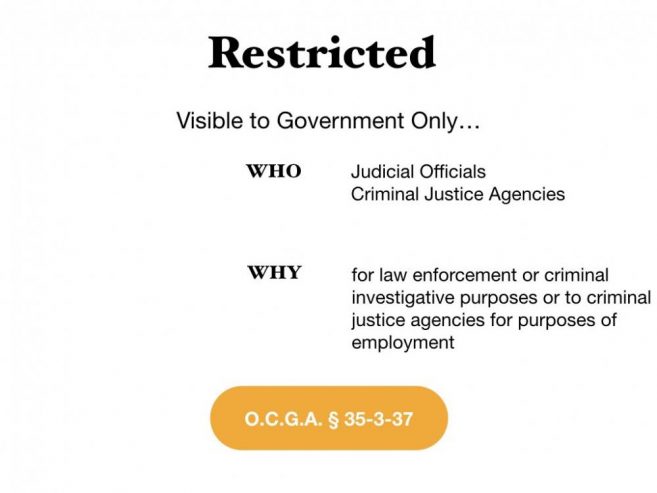 In nearly all Georgia cases, there is no way to erase a criminal record entirely. The only form of relief in Georgia is what is called record restriction. Record restriction is not the same thing as expungement. It offers limited protection for background checks initiated by private employers. However, even when the record is restricted, it will still be available to judicial officials and criminal justice agencies for law enforcement or criminal investigative purposes; or to criminal justice agencies for the purposes of employment. 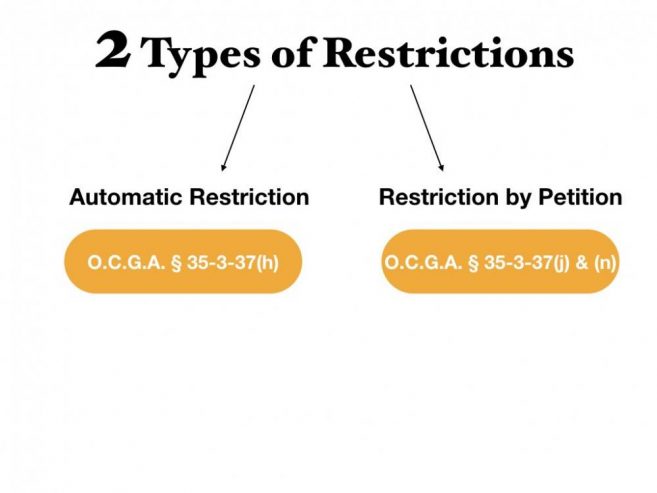 Of those limited cases that may be restricted there are two types of restrictions. Automatic restrictions and those obtained by petition. 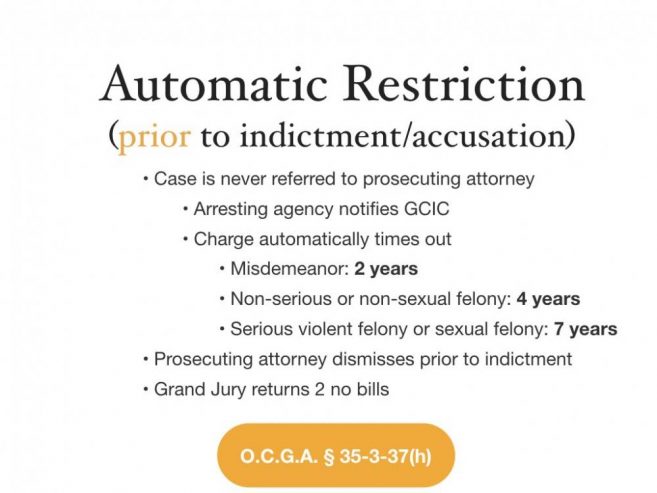 Automatic Restriction Prior to Indictment

If the case is not referred to the prosecutor or it takes a great deal of time for the prosecutor to file charges (more than 2 years for misdemeanors, more than 4 years for non-serious or non-sexual felonies, and more than 7 years for serious violent or sexual felonies) the case may be eligible for automatic restriction. This is temporary, however, and as soon as the case is disposed of it will reappear on the criminal record. Thus, if your case has exceeded the statutory time limits you may find that an arrest is not showing up when your employer runs your record. Be aware that this is a temporary restriction and it will likely reappear. 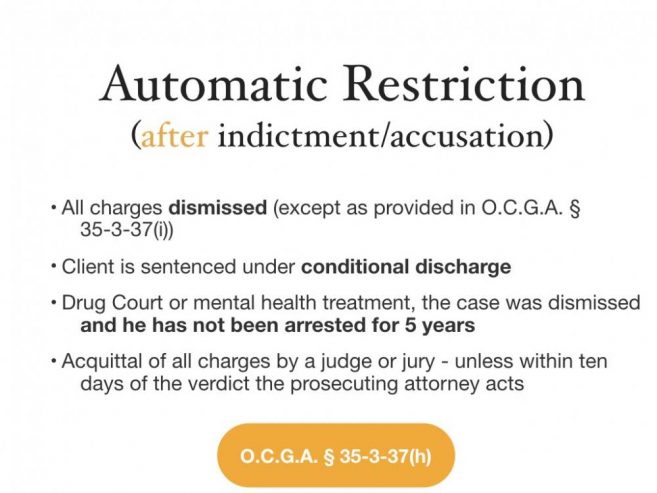 Where the prosecutor has filed charges, but later ALL of those charges are dismissed or the defendant is acquitted of all charges after trial, the case may be eligible for automatic restriction. Cases sentenced under conditional discharge may enjoy the same status. Similarly, cases completed through the drug court or mental health court can be restricted as long as the client is not arrested for five subsequent years. 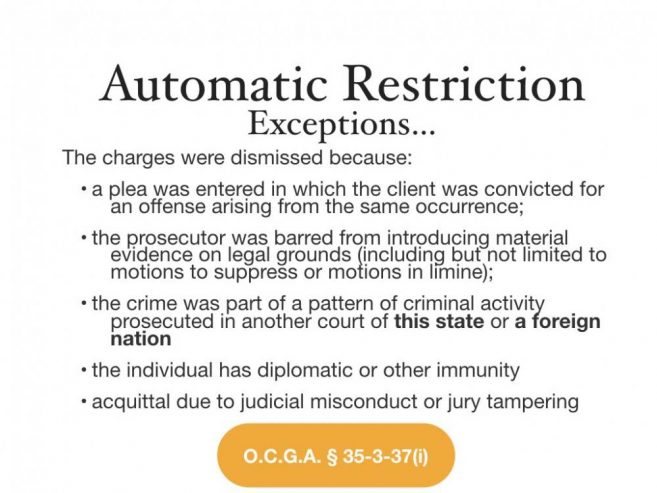 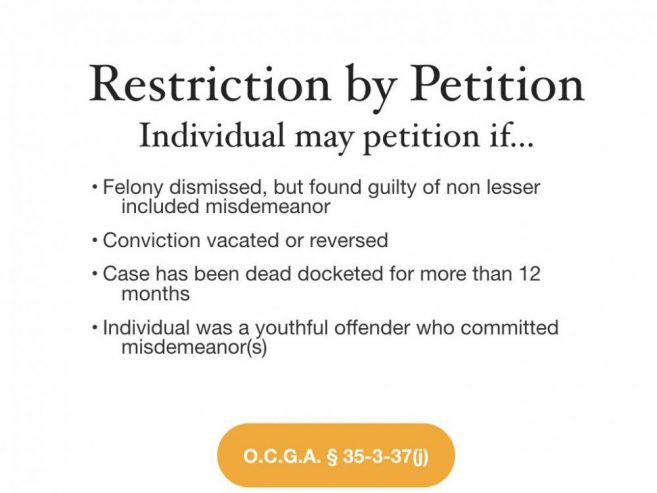 It is important to be mindful of the difference between automatic restriction and restrictions that occur by petition. 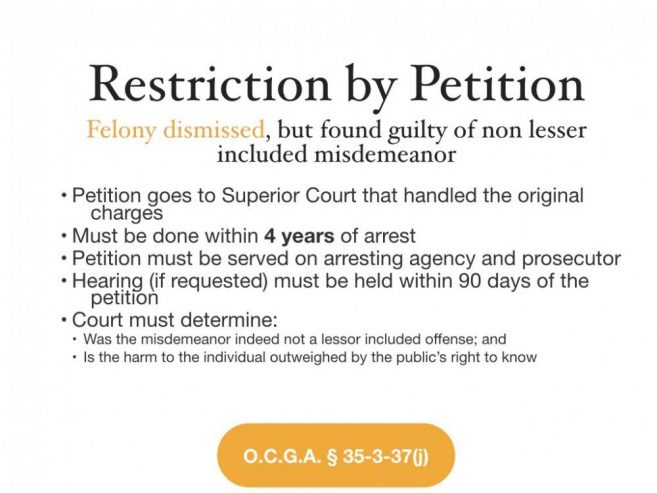 If one was originally charged with a felony, but is later found guilty of a non-lesser included misdemeanor, then the Superior Court that handled the original charges may hold a hearing to determine whether the harm to the individual is outweighed by the public’s right to know. This must be done within 4 years of the original arrest. The Petition must be served both on the arresting agency and the prosecutor. 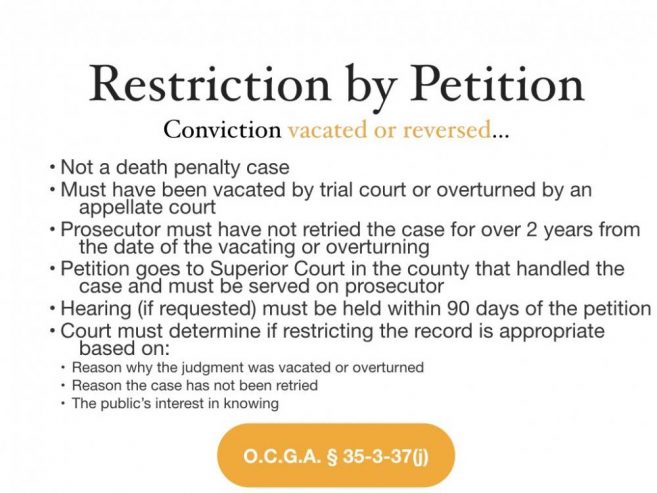 If the client was originally convicted, but that conviction is later vacated or reversed, and the case has not been retried in over 2 years from the date of the reversal, then a petition may be filed with the Superior Court in the county that handled the case and it must be served on the prosecutor. The Court must determine whether to restrict the record weighing the reasons the judgment was vacated or overturned; the reason the case has not been retried and the public’s interest in knowing. 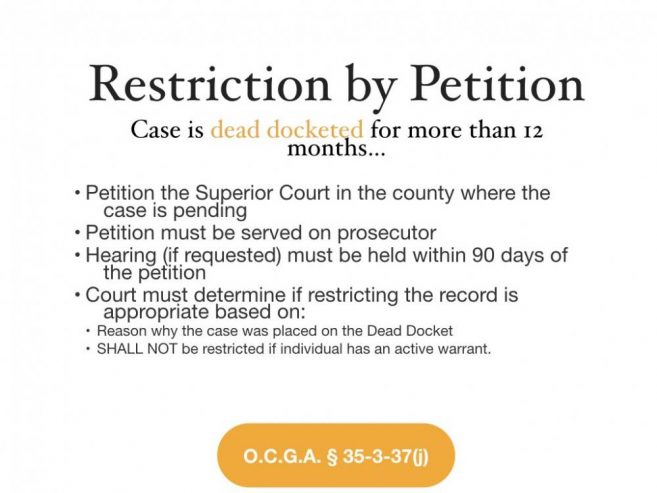 Similarly, where a case has been dead docketed for more than 12 months, a petition for record restriction may be appropriate. It should be served on the prosecutor and filed in the Superior Court in the county where the case is pending. The court must consider the reasons why the case was dead docketed. If there is an active arrest warrant for the petitioner, the court will deny the petition for record restriction. 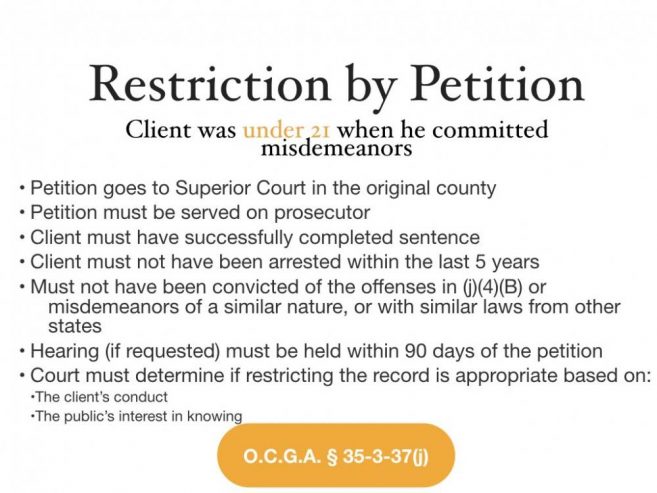 What about crimes committed by a youthful offender? If a client had committed a misdemeanor when he was under 21, he may be eligible for record restriction. Sometimes humorously referred to as the “Athens Exception,” this type of record restriction is designed to protect those with mild youthful indiscretions. The petition must be filed in the Superior Court in the original county that handled the misdemeanor. It must be served on the prosecutor. The client must have successfully completed the sentence and not been arrested within the last 5 years. The court shall weigh the client’s conduct against the public’s interest in knowing when determining whether record restriction is appropriate. 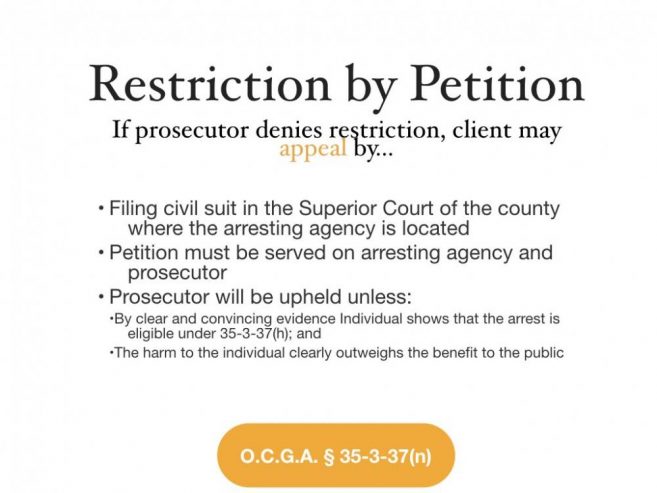 While there is a process to appeal an undesirable decision, the petitioner must file a civil suit in Superior Court in order to appeal that initial decision. Be aware that civil filing fees will apply. 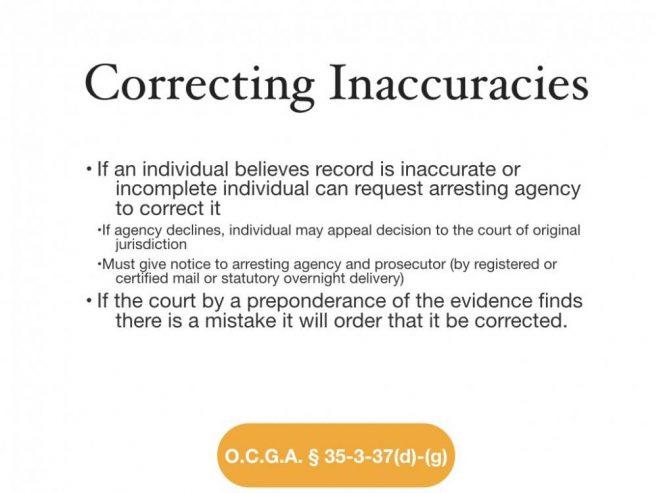 Correcting mistakes on an individual’s history may be as simple as contacting the arresting agency and requesting the correction. Sometimes the error may be obvious, such as mistakenly coding an arrest for felony possession of marijuana when in fact it was a misdemeanor arrest. If the arresting agency does not recognize an error, the client may petition the court to correct it. 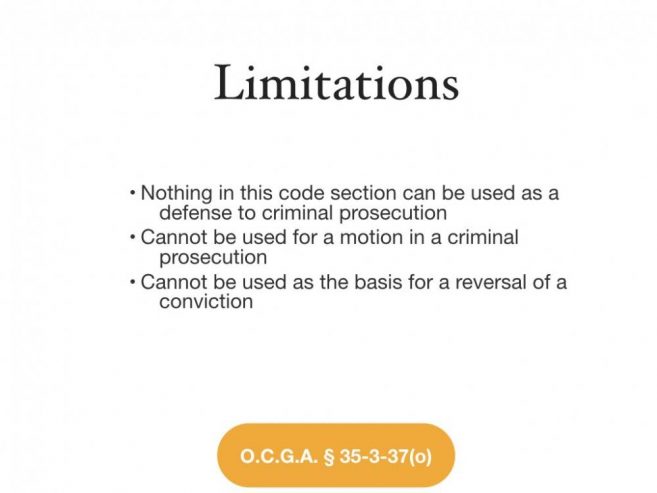